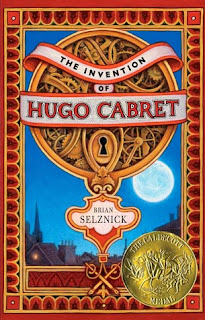 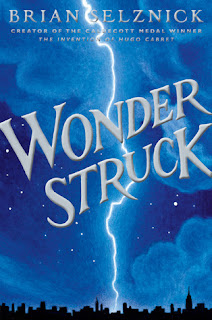 "Ben and Rose secretly wish for better lives. Ben longs for his unknown father. Rose scrapbooks a famous silent actress. When Ben finds clues and Rose reads enticing news, the children independently run to New York for what they are missing. Ben's story in words, Rose's in pictures, come together in deafness." - Goodreads

I've seen those books literally everywhere on booktube. I was really surprised and happy to see them in my local library, since I wanted to read them for quite some time.

I'm sure most of you know this already, but these books are told in a really unique way - through pictures and words. It was like watching a movie and reading at the same time. These two books came as a big refreshment after reading some really crappy works.

Both stories had this fairytale feeling which I really liked and they were huge tearjerkers. Especially "Wonderstruck". I cried my eyeballs out...

Little can be said about this books without giving anything away and my opinion is that the best way to go into these reads it not knowing anything about them. The only thing you really need to know about them is that they are captivating and you will definitely like them.

If you’ve read any of this books, share your thoughts in the comments :)
Posted by Жана Т. at 8:00 PM