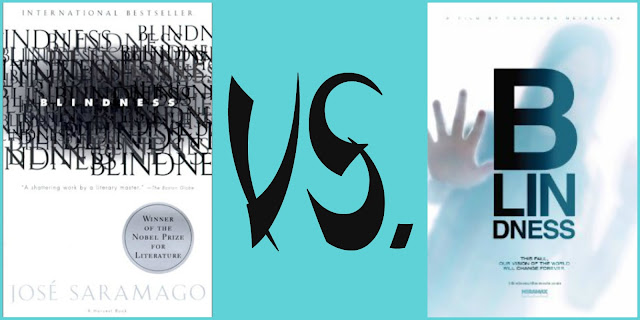 Welcome to my very first book to movie adaptation comparison!


Instead of going for some really popular book or movie, I've decided to start off with oldie, but goodie. The book I've chosen for today is "Blindness" by Jose Saramago.

The book is a really, really good old scince-fiction/dystopia novel, which reminded me a little bit of "The Day of the Triffids" by John Wyndham (which I really love). Let's start with the synopsis of the book:

"A city is hit by an epidemic of "white blindness" that spares no one. Authorities confine the blind to an empty mental hospital, but there the criminal element holds everyone captive, stealing food rations and assaulting women. There is one eyewitness to this nightmare who guides her charges - among them a boy with no mother, a girl with dark glasses, a dog of tears - through the barren streets, and their procession becomes as uncanny as the surroundings are harrowing. As Blindness reclaims the age-old story of a plague, it evokes the vivid and trembling horrors of the twentieth century, leaving readers with a powerful vision of the human spirit that's bound both by weakness and exhilarating strength." - Goodreads

If it does not sound intriguing to you, believe me - it is! The book was really interesting and captivating - I finished it for a day. It was a little bit strange to get used to the writing style and I don't know if it's just my edition of the book or not, but there was no direct speech...I mean, there were dialogs, but they were not separated from the other parts of the text...I probably don't make any sense here, so moving on...

The story was easy to follow, very believable and really well-written. There was not much of a character development, but there was a lot going on in the book, so that didn't bother me at all. Everything was fast-paced, at the same time thought-provoking and really philosophical.

In the end I gave this book a 4 star rating on Goodreads, which is really surprising, since I did not have high expectations about this novel.

Now, about the movie. It came out in 2008, so it's relatively new. It stars two really talanted actors - Julianne Moore and Mark Ruffalo, and I expected a lot from them. Sadly, the movie fell absolutely flat for me. Everything felt really rushed and none of the feelings I got from reading the book were there. I guess the actors did the best they could with the plot they were given, but it was not enough.

Nothing else can be said about this movie. Don't bother to watch it. It doesn't worth 2 hours of your free time. 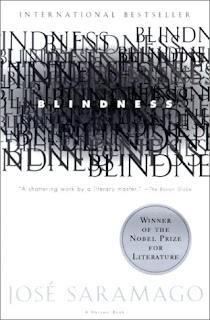 If you've read the book or watched the movie, don't hesitate to leave a comment with your thoughts! Any suggestions for future book to movie adaptation comparisons are also appreciated!

Stay tuned for my next Book VS. Movie blog post, which will be up next week, where I will compare "Let the Right One In" by John Ajvide Lindqvist with its two movie adaptations!
Posted by Жана Т. at 9:53 AM